SOTIPAPIER's ambition is to continue to constantly progress in its environmental performance, to contribute to improving that of its customers and to communicate transparently on its performance. Its environmental commitment is based on 3 essential axes appearing in the 2025 horizons of its vision « Sotipapier s’engage » and which are broken down by :

With more than 50,000 tons of waste paper recycled per year, SOTIPAPIER is undoubtedly the only company in Tunisia capable of absorbing and transforming such a quantity to manufacture new products and be the benchmark for "material recovery" in this field. 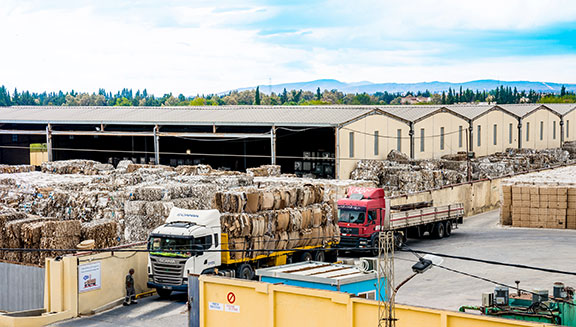 SOTIPAPIER attaches particular importance to natural resources and particularly to the use of water and the impact of discharges into the natural environment for all of its activities. In order to face this major challenge of the 21st century, SOTIPAPIER has invested in the optimization of its water treatment station by adding key equipment for improving the quality of treated water (Densidisc / ASR, etc.) .

Climate change, resulting from the increased concentration of greenhouse gases in the atmosphere, is recognized as one of the major planetary challenges of this century. Given the weight of the energy activity in its businesses, SOTIPAPIER therefore bears responsibility for this issue.

Controlling energy consumption is a priority for SOTIPAPIER. In 2007, SOTIPAPIER acquired significant equipment (2 gas turbines coupled with 2 boilers) to develop on-site cogeneration and thus ensure electrical self-sufficiency up to 75% of the electrical energy consumed. The surplus of 25% of the electricity produced by SOTIPAPIER is put on the distribution network of the Tunisian Electricity and Gas Company (STEG) thus playing a Responsible role in Tunisia for the optimization of our energy resources. 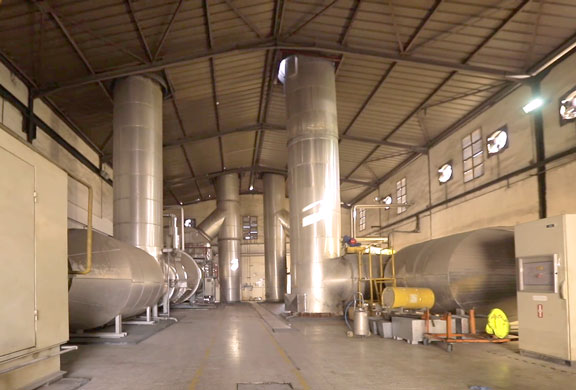 The company
About us
Recruitment